How Games Grew Up with Us

Media tends to reflect the psyche of its audience. You’ll find people wanting to watch movies, read stories, and play games of characters they find relatable to themselves and where they are at their current point in life. As young male teenagers and preteens began to entertain themselves with increasingly story-driven games in the early 80’s, they wanted to play through a character that reflected themselves and what their idea of a hero was. And as the primary audience grew up from young boys into adults, their games changed with them. That shift in narrative that coincides with the players' age and maturity can be observed in three different eras.

The First Era: The Hero/Everyman Saving the Damsel in Distress, and the World.

The period of the early 80’s to the early to mid 90’s in story-driven games was dominated by a narrative of “Save of the Princess”. As young children in search of adventure, we enjoyed the narrative of a normal person or a knight in shining armor, fighting against the odds to save the princess and save the world, just as kids have enjoyed for hundreds of years. This reflected the cookie cutter stories we enjoyed either in animated Disney movies or the ones our mother told us by our bedside. We were stuck in our normal boring lives in school; we had a yearning to prove ourselves and video games were that escape that we needed.

We rescued the princess, (and many a young boy was confused and aroused by those few frames of Princess Daphne they would spend hundreds of quarters to get a glimpse of). Our sense of duty and heroism was childish and immature- we didn't understand romantic love, we saved the princess because that's what stereotypical childhood fairy tales told us was important. As we matured we began to take notice of our real life duties, and the childish notion of a princess to be saved became stale. We became mature enough to be responsible and to have a responsibility towards our loved ones- our family members. The later 80's and early 90's began a shift in narrative.

Eventually the idea of a princess as the motivation lost out to the idea of the family or different figures representative of family members.

The Second Era: The Everyman Saving their Family, and the World.

This section is a little more verbose, so please bear with me- the important part in a transition or a journey isn’t the beginning nor the end, but the middle. In the mid-90’s to mid 2000’s As we aged into our later teens and early twenties, we had newer ambitions. Yes we wanted to save the world again, but we matured in how we viewed our relationships with women and as women became our wives and daughters where they would no longer be people to be saved or achieved; they would become our family members. We began to focus more on the family, and games reflected that. Stories in games kept the narrative of saving the world but shifted towards new people to value, and while women were still frequently people to be saved, they were saved in a different way. We began to want to save our brothers and our fathers, our sisters and our mothers. They were not our antagonists stealing our toys, annoying us, and telling us to eat our vegetables, they were family that we wanted to save and wanted to save others with.

Starfox 64 was one of the first games that represented a shift to become a different type of savior, a savior of brother figures and father figures. Starfox had us fighting alongside our brothers in arms. While our quest is to save the galaxy it is secondary to a story of vengeance against Star Wolf and Pigma for killing your father. In addition to bickering with your cocky older brother figure Falco, and taking advice from your father figure Peppy, you need to protect and save your naive little brother figure, Slippy- even sidetracking your main mission to save him.

In Donkey Kong the game opens up with saving your four family members, your little sister and brother figures, as well as your weird uncle and bigger brother. 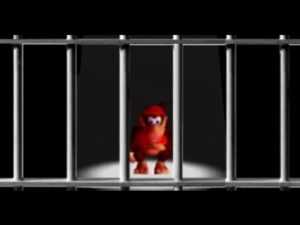 Yes, Captain Keyes was your father figure, and most of the plot revolves around seeking him out and saving him- that is, when your mission doesn’t revolve around saving and protecting your fellow Marines. Bungie did a good job at subtly demonstrating this relationship in an otherwise silent and emotionless protagonist. In the few cutscenes where both Master Chief and Keyes are present, the camera is angled up to him, despite Master Chief being a foot taller. Keyes' persistent tone of scolding us while admiring our boldness is faintly reminiscent of our father catching us in an elaborate plan to sneak out at night. More directly, Keyes even sometimes refers to Master Chief as "son". 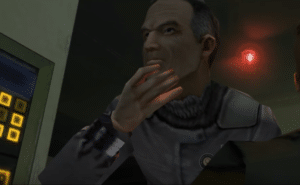 While protecting Keyes felt like you were protecting a badass, there’s something different there, like you were protecting someone a lot weaker, like a child- like a little brother. While many like myself made it a personal babysitting mission to save as many as they could, when they did manage to kill something on their own, it was something to celebrate and take pride in, and when they died I felt a little sad like I lost someone important to me. Being a foot taller than the other characters really made it a lot like protecting a flock of children. Half-Life 2 did this, too. 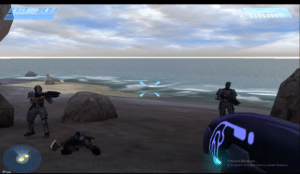 This babysitting gameplay wasn't unique to Halo and Half-Life. Sonic Adventure 2 made the child-rearing gameplay a lot more direct. Sonic Adventure 2 has a story where you work with your either Dark or Hero family to save others, and most importantly, take care of and raise your children, the Chaos. You know you felt the same way about your Chao winning that race or winning that boxing match the same way a father feels after seeing his kid score his first touchdown. 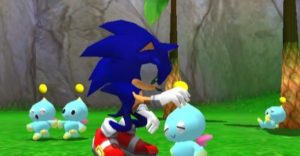 Paper Mario: The Thousand Year Door is a crucial game in this transitionary period. Peach’s storyline branches away from the previous game- where until then all she did was get kidnapped and literally work in the kitchen. In The Thousand Year Door she truly had her own story with extended dialogue and was a lot more than just a trophy to get at the end, she had a lot of real impact besides making cakes and leaving gifts here and there for the main protagonist. The partners, too, were more than just random people you found along the way. You begin raising a Yoshi from an egg- you carry him around with you, you name him. You help him mature in a much deeper way than the grabbables in Super Mario World did. 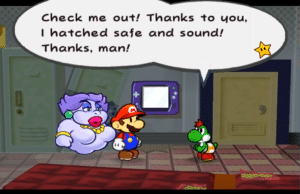 The last and most significant game in this period is Bioshock. While you’re acting as a voiceless proxy to save the family of Atlas, you encounter a side-distraction: the “Little Sisters”. These literal little sisters weren’t someone you treated a sibling slightly below your age. They were children, your daughters. 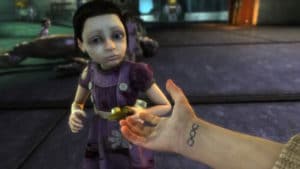 And if you weren’t an asshole, you saved every single one of them. And doing so gave you the little gifts you’d get from a daughter during Arts & Crafts, as well as that, much, much greater reward at the end. 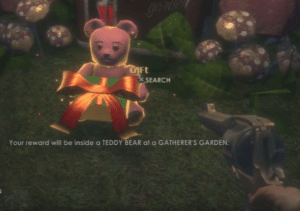 The only good ending comes from protecting every single one of your daughters. The ending was critically acclaimed, and anyone with a heart shed a tear and felt a new emotion that could only be described as feeling like a father.

"At the end what was your reward? I think I know- a family" 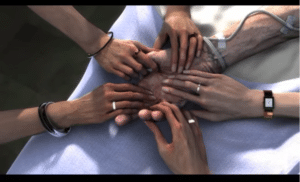 The Third Era: The Father Saving Their Child

As the later 00's and the earlier 10's came around, Generation X and older millennials surpassed the stage of raising an infant. Their children matured past something that needed to be nursed and babysat. The games they played, too, shifted your damsel in distress to a son or daughter of an older age. The stakes weren't saving the world anymore- they were saving ours sons and daughters, who mean the world to us.

In Heavy Rain you’re struck with tragedy as your son is killed right in front of you and spend the rest of the game trying to protect the other one from reaching the same fate- risking death dozens of times and even amputating a part of yourself, you stop at nothing to find Shaun (Shaun! Shaun!! SHaaaaun!). 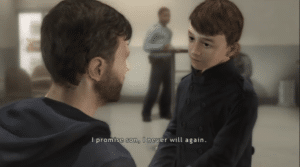 In the Last of Us you’re struck with tragedy as your daughter dies in your arms, and you spend the rest of the game protecting a new daughter figure and telling the world to go fuck itself so that you can save your daughter.

In Bioshock you find/rescue and protect your daughter from all the evils in the world even if it means tearing a whole city apart.

In Dishonored you protect your daughter and avenge her mother, killing anyone who would dare hurt your family. 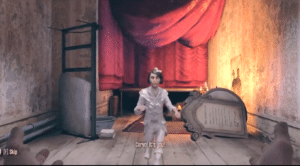 In Fallout 4 you find and protect your son. And if you consider him truly to be your son instead of some random old guy, you’re okay destroying other factions in order to protect him. 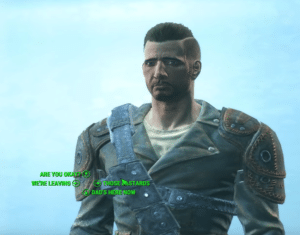 Wreck it Ralph is a father/daughter story, so is the Walking Dead, even if they aren't literally father and daughter, and even if the dad needs to mature into a parent along the way.

We've grown from the bedtime story where the knight in shining armor saved the princess, we've past the stage of living with, bickering with, and accomplishing goals with our family, and we're at the point where our children mean the world to us. Our games grew up with us.