Being Transgender is not a Mental Illness

Being transgender is not a mental illness. Says who?

People who actually have degrees in biology and psychology and have studied this subject instead of looking at edgy memes all day!

For instance, the global authority of public health, The World Health Organization, regard issues about transgender health in their manual for diseases and health issues (the ICD-11) as being separate from one's gender identity. The WHO believes that being transgender on its own shouldn't be approached as a mental disorder.

Why do they do this? Because after decades of study of the behaviors and brains of transgender people, they gained a deeper understanding of why people are transgender and the psychological and biological foundations of it. You can read a summary of their findings here.

Read Next: We Need to Talk about how Mario is a Harmful Italian Stereotype 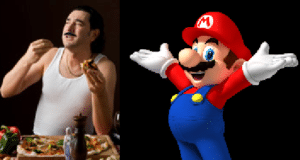