We looked at the top meme generators from the first two pages of Google and compared them, this is what we found.

First, in terms of functionality and reliability, Newfa is the best choice. From what we could find, all of them allow you to upload your own image but Newfa is the only one with the ease to copy-paste it in directly. Only Newfa and Meme Better allow you to copy-paste it into a Discord and Facebook chat. They all have varying libraries but the ones listed tend to keep up to date with 2019 while the other ones seem stuck in 2015 focusing on the Socially Awkward Penguin and Confession Bear type image macros.

Next, in terms of a watermark, about half allow the watermark to be removed, but all except Newfa have a certain condition attached to that, varying from having to create an account (like for Kapwing's atrocious watermark), to Imgflip and Mematic's ridiculous expectation that you pay for a premium account in order to make an unwatermarked meme.

Additionally, in terms of functionality Newfa, Kapwing, and Imgflip have a sort of pseudo-photoshop function which allow you to add additional images on top of the memed image; Newfa and Imgflip have readily available "Meme enhancers" like sunglasses, a Scumbag Steve hat, etc.; Kapwing has a full library of images that seem to be generated by a Google search. Most of the memes are produced quickly, Imgur and Kapwing need to go through a process to create them while others create them as you go. Makeameme.org or memegenerator.net also do this, but must have some extra load on their servers or something because we got timeout errors multiple times when trying to create memes there.

With a N/A place going to Mematic, which is probably the best on mobile. We were only able to test with an android phone so we weren't able to verify functionality on iPhones and Windows phones.

Read Next: Top 10 Most Loyal Dogs of All Time 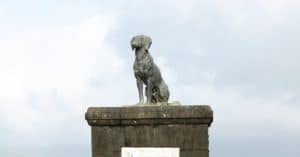